A LITTLE MEANDER INTO HAWAII WITH LEHUA PARKER


Here in Colorado,  leaves are off the trees, snow is on the ground, and the air is definitely nippy.  It's time to take a break and talk warm, breezy, and verdant Hawaii!  We're excited to welcome to our blog Lehua Parker, author of One Boy, No Water.  She also answers to "Aunty Lehua". 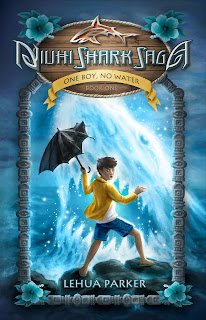 If you want to know what we think of this fine book, read our blog post last Friday, November 9th.


Aloha, Berk and Andy! Thanks for letting me drop by to answer a few of your questions about my MG/YA novel One Boy, No Water, book one in the Niuhi Shark Saga. It’s available from Barnes & Noble and Amazon in hardback, trade paperback, and ebook.

What inspired you to write One Boy, No Water?


There’s an image burned in my brain from a movie I saw when I was seven years old, sprawled on the cool, polished cement floor in Kahului Elementary’s cafeteria.  It was from the Legends of Hawaii series and was about villagers who kept disappearing and it was feared they were eaten by a large shark. There’s a moment when they rip the cloak off the shoulders of a young man to reveal a gaping shark’s mouth where his back should be! Since then I’ve been trying to wrap my head around the idea that his parents kept this secret hidden his entire life and that he was eating people he knew. All the answers to the why, how, and what if questions I asked myself eventually turned into the Niuhi Shark Saga.

Were any of the characters and situations drawn from your own life?

Yes, a lot of them are! While I never had an allergy to water, I did experience a lot of the bullying Zader does, particularly when I was in elementary school and the only blonde, blue-eyed kid in the school district. Not class, school district, including all the faculty and staff.  I wished I had a brother like Jay or a friend like Char Siu or someone like Uncle Kahana to guide me through it all.  Most of the things Zader and his friends do, I also did as a kid, from surfing to kite flying to dancing hula.  In the book, there’s a lot of pressure on sixth graders to get into a good private school.  That’s also real; I went through the same thing.  Fortunately, like Zader I had a teacher, Mr. Waters, who went out of his way to make sure his part of my private school applications were stellar.  Getting into The Kamehameha Schools for seventh grade changed my life, much like getting into Ridgemont will change Zader’s.

Where does the Niuhi Shark legend come from?

Throughout the Pacific there are stories about shape shifters who can change from human form to something else like a tree, molten lava, a gust of wind, or a shark.  While not specifically based on any one legend, the series does echo some of these ideas.  In Hawaiian, the word niuhi means ‘a shark large enough to eat a human,’ and is usually translated as ‘large tiger shark.’  I took the word and created a people who are sharks that can appear as human.  That’s key.  They are not humans shifting into sharks; they are sharks masquerading as humans on land.

Why did you have many of your characters speak in Hawaiian Pidgin English?  What difficulties did that present?

In Hawaii, language can immediately identify you as an insider or an outsider.  As a kid on Maui, everyone spoke a heavy one-generation-from-the-sugar-plantation version of Pidgin, including the teachers.  The only time I spoke standard English was at home.  Growing up, Pidgin was the language of friendships and secrets. If you travel to Hawaii as a tourist, chances are you won’t hear anything but proper English and a phrase or two in Hawaiian.  Speaking Pidgin—or even just having a bit of accent in your English—instantly identifies you as belonging.  Most Pidgin speakers can spot another speaker in an instant, even if the person talking hasn’t lived in Hawaii for decades.  The way my characters talk in One Boy, No Water is authentic to the way locals talk in Hawaii when they are among friends and family.

Of course, using Pidgin dialogue and still conveying what’s going on to non-Pidgin speaking kids was tough. Fortunately, since kids are constantly acquiring new vocabulary, they’re pretty adept at figuring out meaning from context.  I consciously chose to use a version of Pidgin that’s more typically spoken today, more heavily based in English that what I spoke on Maui, and cheated a little by using standard English spelling which often doesn’t mirror how Pidgin sounds.  However, to keep it real I tried to maintain Pidgin’s rhythms and grammar, with the hope that  non-Pidgin readers get the gist of “more better we go library later; the waves stay pumping now,” and Pidgin speakers reading the same words hear “mo’bettah we go li’barry latahs, da waves stay pumpin’ now” in their heads.  As a last resort, I wrote a glossary and included it in the back of the book.

What is one event in your book that was most riveting to you and why?

There’s scene in the book where Uncle Kahana tells the story of a shark attack he witnessed as a child from a toro boat.  The inspiration for that scene came from an infamous fatal shark attack that happened off Lanikai beach in 1958.  Six boys ranging from 9-15 years old were resting on surfboards and air mattresses in choppy water and had a small toro boat anchored nearby.  A large tiger shark estimated between 15 and 25 feet silently bit the leg off one of the boys.  None of the other kids realized it until he started drifting away from the group.  As a teenager I heard this story and its unpublished details from people who had been there. This beach was literally my Dad’s backyard, these were his friends, and the death of Billy Weaver affected him and the rest of Hawaii profoundly for decades.

In the book I tried to capture the horror of a Jaws-sized shark silently and efficiently killing and what I imagined it must have been like for a kid in the toro boat off  Lanikai beach to watch people he cared about choosing to stay in the water where a gigantic shark was circling in order to save their friend. I combined these images with the idea that the shark knew what it was doing and that the whole incident could have been avoided if people had only followed the ancient kapu or fishing restrictions.  The scene is chilling to me on many levels, and I hope it rivets readers as well.

Did you learn anything from writing your book and what was it?

That it’s impossible to write anything well unless you clearly define your audience.  One Boy, No Water and the Niuhi Shark Saga started out as an adult novel called Like One Fish Out of Water. It ballooned over the years, in fits and starts, was way too complicated and meandering, and never went anywhere until I made some concrete decisions: 1) how I was going to handle Pidgin; 2) that I was telling the story to kids; 3) that the kids I wanted to excite about the story were specifically those who didn’t like to read because they’d never read a book with characters who lived and talked like they do.  Once those things were decided, it all fell into place.

Many thanks, Lehua, for sharing a little of Hawaii--and yourself--with us today.

Or perhaps we should say, "MAHALO!"

A little Background on our Guest:

Lehua Parker is originally from Hawaii and a graduate of The Kamehameha Schools and Brigham Young University. So far she has been a live television director, a school teacher, a courseware manager, an instructional designer, a sports coach, a theater critic, a SCUBA instructor, a poet, a web designer, a mother, and a wife. Her debut novel, One Boy, No Water is the first book in her MG/YA series the Niuhi Shark Saga. She currently lives in Utah with her husband, two children, four cats, two dogs, six horses, and assorted chickens. During the snowy Utah winters she dreams about the beach.

Here's how you can connect with her.  Do it.  You'll enjoy every minute.

Posted by The Brothers Washburn at 10:44 AM 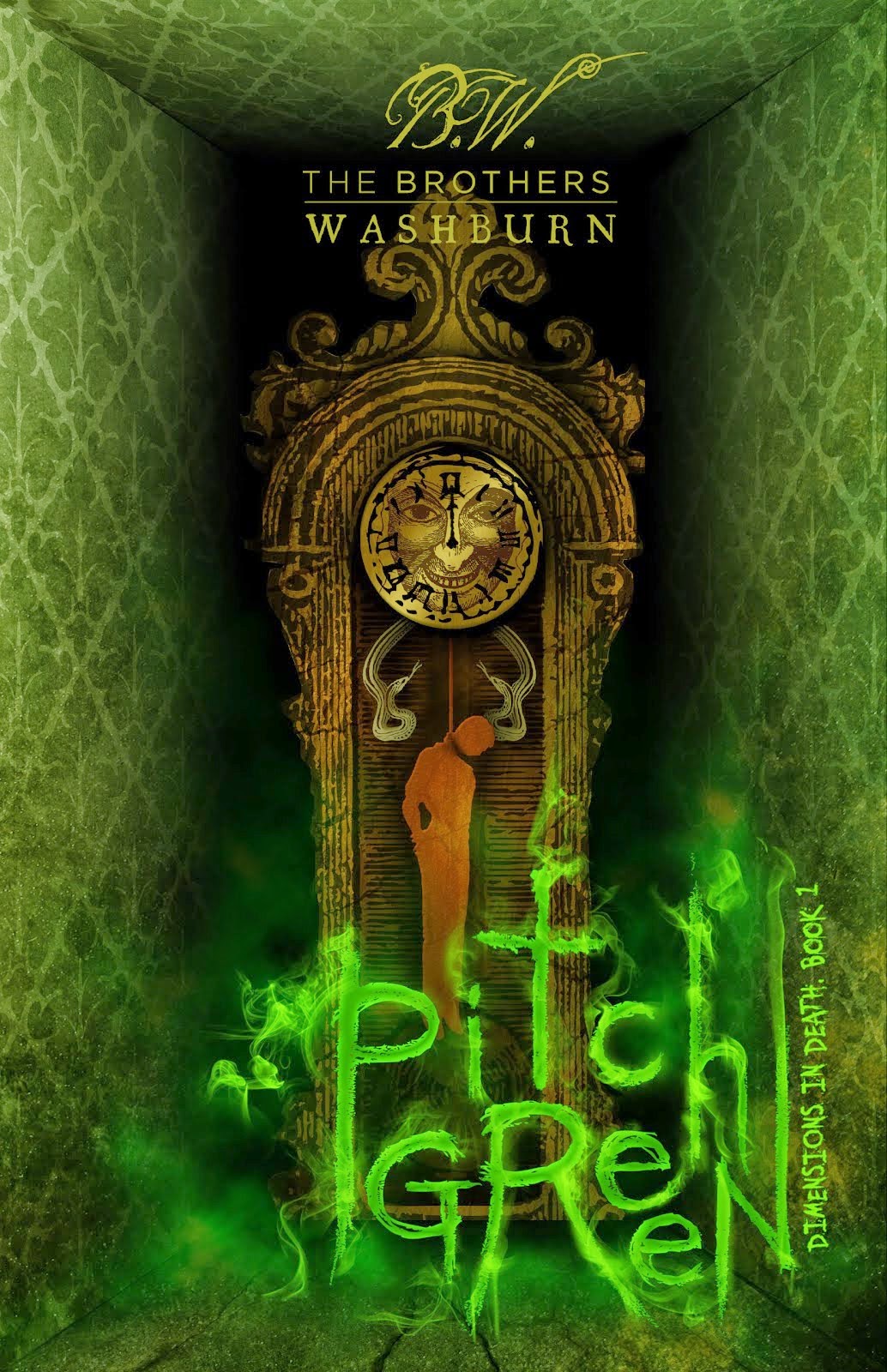